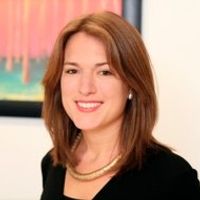 Without deliberate replication into UK law or negotiation with the Remaining 27, there will be an immediate and obvious loss of rights in the UK. Citizens of the European Union have long had their fundamental rights set out as general principles of EU law in the European Charter of Fundamental Rights. Although the Charter replicates some of the rights in the European Convention on Human Rights (ECHR), it goes further than the ECHR. For example, without the Charter, the UK judiciary will have their wings clipped. Where the HRA only permits the UK courts to make a declaration of incompatibility (which need only be considered by Parliament), the Charter allows judges to disapply conflicting legislation. This happened in Benkharbouche v Embassy of the Republic of Sudan; Janah v Libya ([2015] EWCA Civ 33) where the UK courts were able to disapply state immunity laws to allow embassy workers to rely on European employment law rights.

Following Brexit, UK citizens will be reliant on the next UK Parliament to replicate certain EU rights into UK law, such as rights of workers, residency rights, discrimination and equality rights. Even if a snapshot of Charter rights are replicated into UK law, UK citizens may get left behind as European citizens begin to enjoy new rights that stem from societal advances, such as emerging privacy rights that are associated with new cyber technology.

It might be that you were never aware of these rights and have never relied on them. However, in the words of Joni Mitchell, ‘you don’t know what you've got ‘til it’s gone’, which begs the question whether Brexit is the ‘parking lot’ that is paving over the UK’s ‘Human Rights paradise’.