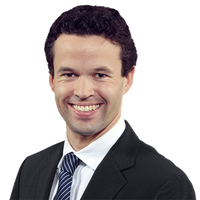 Public procurement generates considerable business opportunities in Germany and other European countries. In Germany alone, the public sector awards contracts to private companies worth around € 400 billion annually, equating to on average 15 percent of Germany’s GDP. Across Europe, the public sector spends approximately € 1,500 billion on public procurement every year – around 14 percent of the EU28’s GDP.

The regulatory framework governing public procurement forms an important piece of the increasing number of obligations on companies to address their impact on human rights and the environment. In 2014 and 2016, major changes in the European and German national law governing public procurement led to developments whereby environmental, social and labour criteria (ESL criteria) – including whether or not individuals’ human rights have been respected – may be taken into account when awarding public contracts.

Prior to these changes the question as to whether ESL criteria should be taken into account in procurement decisions was a subject of controversy. The question has recently garnered attention once more. Despite criticism from several NGOs, the newly-elected government in the German state of North Rhine-Westphalia intends to abolish rules requiring ESL criteria to be taken into consideration when awarding public contracts within their field of authority. However, it is highly unlikely that German federal rules on public procurement, which govern all public procurement contracts above a specific value, will be similarly overhauled. Doing so would be difficult, as these rules are largely based on binding EU law that applies in all EU member states. Hence, it is now more important than ever for companies to bear in mind public procurement authorities’ legal discretion to take into account the ecological and social impact of the goods and services they procure.

How are human rights “procured”?

Contracting authorities may set standards for environmental or social concerns that first and foremost refer to the works, goods or services being procured. However, compliance with environmental, social and labour laws may also impact whether or not a particular operator is permitted to take part in the procurement procedure.

Under the amended procurement laws, contracting authorities may set ESL criteria for items being procured, in particular as regards the production process or the supply chain in question. In order to specify the ESL criteria, the contracting authorities may establish their own requirements or refer to existing frameworks, such as the ILO core labour standards (1) or the OECD guiding principles for multinational enterprises. For example, authorities may establish a requirement that textiles, such as uniforms for firefighters or other public servants, are sourced from a region of the world where the risk of forced or child labour or environmental issues is small or non-existent. ESL criteria may also require that carbon emissions remain low during the production process or only sustainably sourced timber is used.

However, all ESL criteria must be sufficiently connected to the subject-matter of the contract. This would not be the case where, for example, conditions are concerned only with general corporate policy and have no link to the goods or services procured (e.g., a requirement that quotas for the number of women working in the company are fulfilled).

Failure to comply with ESL criteria may lead to the rejection of an offer or an operator. However, this is not always the case. Instead of excluding an offer, the contracting authority may also use the ESL criteria to grant it a lower overall score in the tendering decision. While monetary value remains paramount in practice, ESL criteria are certainly growing in importance. The European Court of Justice recently confirmed that the ESL criterion to use energy from renewable sources may account for up to 45 percent of a tender’s overall score.

While contracting authorities have a broad discretion, there is a limit to their authority to require gold standard behaviour

In general, contracting authorities have discretion over whether they set any ESL criteria at all. If they decide to do so, ESL criteria are only legally permissible if they do not hinder equal access to procurement procedures or create unjustifiable obstacles to genuine competition. More importantly, all requirements must uphold the principle of proportionality, which is assessed on a case-by- case-basis. In this assessment it has to betaken into account, inter alia, which effort the economic operator has to make to fulfil these requirements and how close they are connected to the subject-matter of the procurement contract.

Proving that standards are satisfied

New European and German laws increase the importance of certificates or labels (such as the “Blue Angel” or the FSC label for timber), which fulfil certain requirements specified in EU law. This is the case as contracting authorities may require the bidding companies to prove that items supplied satisfy ESL criteria via use of specific product labels or certificates.

The regulatory framework in place in the EU and Germany poses both risks and opportunities for businesses. Companies that already take the environmental and social issues of their business into account will be better placed to compete in public tenders. However, as this field is fairly new to contracting authorities, it is important to ensure that ESL criteria square with hard law requirements now on the books.

1. The International Labour Organisation consists of trade unions, governments and companies, and is part of the United Nations system. Its executive council, the Governing Body, has identified eight fundamental conventions, covering subjects that are considered as core principles and rights at work: freedom of association and the effective recognition of the right to collective bargaining; the elimination of all forms of forced or compulsory labour; the effective abolition of child labour; and the elimination of discrimination in respect of employment and occupation. These principles are also covered in the ILO's Declaration on Fundamental Principles and Rights at Work  (1998).