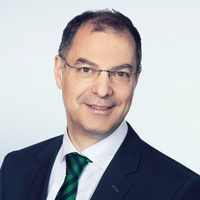 Historically, human rights were designed to protect the individual against the exercise of power by states.  Times have changed, however, and new rules have been developed to address potential threats to and the protection of human rights by the private sector.  As explored below and in further detail here, it is obvious that these standards can materially affect the financial sector in a number of ways, both directly and indirectly – by affecting bank clients and financial institutions themselves.

As detailed in several previous blog posts, at the international level, the most relevant sets of rules applied to businesses are:  (i) the OECD Guidelines for Multinational Enterprises, which ask enterprises to respect human rights and urge risk management and cooperation with labor unions; (ii) the UN Global Compact, which embodies a global agreement between private companies and the UN to achieve a more socially responsible and sustainable economic future; and (iii) the UN Guiding Principles on Business and Human Rights, which are the touchstone for global business and human rights compliance.

Although international agreements are generally not binding for companies, negative NGO campaigns, media coverage, and the loss of reputation amongst investors and customers can incentivize companies to respect human rights.  Statutes including the California Transparency in Supply Chains Act of 2010, the UK Modern Slavery Act 2015, the French Duty of Corporate Vigilance Law, and EU Directive 2014/95/EU exert additional pressure.  In Austria for instance, a national law (the “Act to improve sustainability and diversity”) now obligates companies with more than 500 employees to add details about the companies’ compliance with human rights, anti-bribery and anti-corruption laws into their management reports.

Turning to the financial sector, for several decades an early precedent for lender liability involving failures by borrowers to comply with the law has existed in the form of lender liability under the U.S.-American Comprehensive Environmental Response, Compensation and Liability Act (CERCLA).  Also known as the “Superfund law,” CERCLA was passed by US Congress in 1980 and introduced sweeping US federal authority to respond directly to releases or threatened releases of hazardous substances that may imperil public health or the environment.  Among other measures, CERCLA instituted prohibitions and requirements concerning closed and abandoned hazardous waste sites; provided for liability of parties responsible for releases of hazardous waste at the sites; and set up a trust fund to clean up sites where no responsible parties could be located.

Based on CERCLA, US courts have determined that a creditor of a company causing environmental damage may be held liable for such damage, even just for having the potential to influence a debtor’s hazardous waste disposal decisions.  This development has resulted in substantial new risks for lenders confronted with potential demands for damages.  And, while CERCLA includes a secured creditor exemption designed to safeguard parties that do not “participate in the management” of a borrower’s facility, that exemption has largely been eroded by courts.

Human rights and related issues have entered the financial world discourse more broadly, however.  The hard and soft law mechanisms described above have raised issues that are increasingly being addressed and integrated into investment and lending decisions.  For many financial institutions, human rights considerations already play a role in the selection of clients:  numerous financial institutions were recently criticized for funding the Dakota Access Pipeline and, as a consequence, started to divest their interests in the pipeline funding.  Increased attention is being devoted to lending practices found to discriminate against minorities.

In the project finance realm, growing attention is being paid to issues relating to forced relocations, displacements, expropriations, investments that can lead to price increases that may negatively impact vulnerable communities, and goods and services with potential upstream links to modern slavery and human trafficking.  Finally, various bank initiatives have been established in the US, UK and EU relating to modern slavery and human trafficking aimed at improving transaction monitoring in these areas, or more generally, to proactively address human rights issues in their operations, supply chains and communications via dedicated policy commitments, due diligence, transparency and reporting.

It is advisable for financial institutions to play close attention to these emerging principles and (in some cases) requirements.