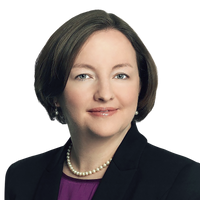 By Caroline Richard and Elliot Luke

As we discussed previously, in the recent bilateral investment treaty (BIT) arbitration of Urbaser S.A. v Argentina, the tribunal recognized that “it could no longer be admitted that companies operating internationally are immune from becoming subjects of international law”. In reaching its decision, the tribunal pointed to the now well-known “Ruggie Principles”, a soft law framework requiring corporations to protect and respect human rights and ensure that those affected by human rights abuses have access to an effective remedy. The tribunal stopped short of recognizing that corporations have any substantive human rights obligations, emphasising that such obligations belong to states, not investors, by virtue of the international human rights instruments to which they have signed up.

So why is Urbaser so significant? After all, it is just one in a long line of cases in which Argentina has unsuccessfully invoked the human right to water as part of its defence. For example, in Suez v Argentina, the tribunal considered Argentina’s obligation to protect the right to water and held that it was not incompatible with its obligations towards foreign investors. Similarly, in SAUR International v Argentina, the tribunal held that although Argentina could nationalize a public service, such as the water supply, in order to safeguard human rights, it still had to pay compensation when doing so. More broadly, investment tribunals have considered a range of human rights issues in determining investment treaty claims, including indigenous rights (Glamis Gold Ltd v USA), arbitrary arrest and detention (Biloune v Ghana), the right to access the courts (Mondev v USA) and migrant rights (Channel Tunnel v France and the UK), among many others. Be that as it may, the Urbaser decision is significant for two reasons. First, as already mentioned, the tribunal accepted that a corporation could be bound by human rights standards. Second, this was the first time a tribunal has accepted jurisdiction over a human rights counterclaim (Argentina’s claim that Urbaser had threatened the right to water).

It is true that the permissive language of the Spain-Argentina BIT, which allows either the investor or the state to a dispute to commence an arbitration, helped the tribunal to assert jurisdiction over Argentina’s counterclaim in Urbaser.  But to state that this was the only relevant factor misses the point, which is that in bringing its counterclaim, Argentina availed itself fully of the legal tools available to it. This leads conveniently into the next point: recent investment treaties suggest that states are increasingly seeking to balance the rights and obligations arising from investment treaties and human rights instruments.

Traditionally, very few, if any, BITs have referred to human rights. Limited provisions on human rights are, however, found in certain “model” BITs – the 2012 US Model BIT, for example recognises labour rights – however this is not mirrored in the treaties currently in force. But the indications are that things might be changing. At the end of 2016, just before the tribunal in Urbaser rendered its decision, Morocco and Nigeria signed a new BIT. The Morocco-Nigeria BIT has not yet entered into force, meaning that it is not strictly binding on the parties yet, however, it contains unprecedented and explicit recognition of the human rights obligations of Morocco and Nigeria and prioritizes the protection of human rights over the creation of a favourable climate for foreign investment. For example, the BIT prohibits Morocco and Nigeria from lowering labour, public health and safety standards in order to encourage investment. Investors, on the other hand must “strive to make the maximum feasible contributions to the sustainable development of the Host State and local community through high levels of socially responsible practices.”

While its content is novel, the Morocco-Nigeria BIT is not an outlier in the world of BITs. Indeed a similar requirement that investors contribute to the sustainable development of the host state is contained in the recent Intra-Mercosur Investment Facilitation Protocol (signed on 7 April 2017), and the duty of the state not to lower health, safety, environmental and labour standards is echoed in the Israel-Japan BIT (signed on 1 February 2017).

These developments in case law and treaty drafting point to a potentially greater role for human rights in investment treaty arbitration in the future. States are likely to continue raising defences based on human rights and we will be watching with interest to see what the result is when they do so under one of the new generation of BITs. Savvy investors would be wise to do the same.