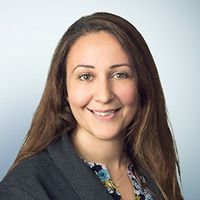 On August 30, 2020, the California State legislature approved Assembly Bill 979 (AB 979) which requires public companies headquartered in the state of California to appoint directors from “underrepresented communities” to their boards. California Governor Newsom has until September 30, 2020, to sign or veto the bill.

Under both statutes, noncompliance may result in a fine of US$100,000 in the first violation and US$300,000 for each subsequent violation, with a separate US$100,000 fine for failing to provide required information to the State.

Opponents of the bill may argue that, as drafted, AB 979 conflicts with Delaware and federal law given its purported application not just to domestic California corporations, but also to companies incorporated elsewhere as long as their principal executive offices are located in California.  In Juul Labs, Inc. v. Grove [1], a recent decision in the Delaware Court of Chancery, the Court held that only Delaware law can govern intra-corporate affairs of a Delaware corporation, stating that “[t]he internal affairs doctrine . . . recognizes that only one State should have the authority to regulate a corporation’s internal affairs—matters peculiar to the relationships among or between the corporation and its current officers, directors, and shareholders—because otherwise a corporation could be faced with conflicting demands.”  Opponents of AB 979 may argue that the nomination and composition of a company’s board of directors falls within the internal affairs doctrine and, therefore, comes under the exclusive ambit of Delaware law.

In addition, like SB 826, if signed into law, AB 979 may also face legal challenges alleging that it violates the U.S. Constitution, the California Constitution and California civil rights laws based on equal protection grounds. Two suits have been filed since the enactment of SB 826 that are still pending. In August 2019, Judicial Watch, Inc. filed a complaint in the Los Angeles County Superior Court (Crest vs. Padilla) on behalf of three California tax payers alleging that SB 826 is illegal under the California Constitution because “a quota system for female representation on corporate boards employs express gender classifications.” In November 2019, the Pacific Legal Foundation filed a complaint in federal district court (Meland v. Padilla) on behalf of a shareholder of a publicly traded company seeking a declaratory judgment that SB 826 is unconstitutional under the equal protection provisions of the U.S. Constitution because it discriminates based on sex. A federal judge dismissed that complaint based on a lack of standing and the case is currently under appeal at the 9th Circuit.

SB 826 has been effective in increasing gender diversity on boards of California-headquartered corporations. Other states, including New York and Illinois, have also followed suit adopting their own legislative measures to address gender diversity on boards. A study by KPMG found that by the end of 2019, the deadline for boards to include at least one female director, only 27 public companies headquartered in California (four percent) had all-male boards. This is a significant decline from the number of California-headquartered public companies (29 percent) that had all-male boards as of June 30, 2018. Of those companies that still had all-male boards, 74 percent were microcap companies. The study also found that the women who joined the previously all-male boards brought a wealth of experience and expertise to these boards, with approximately three-quarters of the newly appointed female directors being actively employed, nearly half holding C-suite positions and more than three-quarters holding advanced degrees.

However, a concern that has been voiced with respect to AB 979 relates to its interaction with SB 826. The timeframes for compliance with SB 826 and AB 979 overlap, with AB 979 only providing one additional year to comply with its higher step-up diversity requirements. Given the slow turnover on boards and that many companies may feel that increasing the board size may introduce inefficiencies, AB 979, as drafted, may result in the unintended consequence of companies seeking to appoint to their boards only those candidates who will meet the standards of both bills (i.e. women who fall into the “underrepresented communities” specified under AB 979). This could result in the unintended exclusion of women who are not in the specified “underrepresented communities” and men who are in the specified “underrepresented communities”, even though candidates in both groups are underrepresented.

Regardless of these legislative mandates, companies will need to be better prepared to respond to the demands of investors and other stakeholders to increase the diversity on their boards. BlackRock states, “In identifying potential candidates, boards should take into consideration the full breadth of diversity including personal factors, such as gender, ethnicity, and age; as well as professional characteristics, such as a director’s industry, area of expertise, and geographic location. In addition to other elements of diversity, we encourage companies to have at least two women directors on their board.” State Street provides, “… we expect boards of Russell 3000 and TSX listed companies to have at least one female board member. If a company fails to meet this expectation, State Street Global Advisors may vote against the Chair of the board’s nominating committee or the board leader in the absence of a nominating committee, if necessary.” Proxy advisory groups such as Institutional Stockholder Services (ISS) and Glass Lewis have voting guidelines to recommend a vote against the nominating committee chair on boards that do not include any women.

Given these trends, we recommend companies continue to seek to improve the diversity on their boards by utilizing, among others, the following tools: