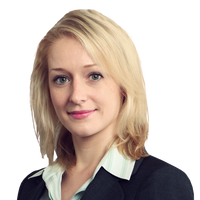 A focus on human rights due diligence continued into Day 2 of the UN Forum, highlighting the importance of factoring gender considerations into the analysis. Elsewhere, the role played by governments and business lawyers came under the microscope. Other sessions considered the proposal for a legally binding instrument on business and human rights and the compatibility of investment treaties with human rights obligations.

By Natalie Sheehan and Michael Quayle

Towards a convention on business and human rights

The discussion at the UN Forum made clear that much work remains to be done to clarify terms used in the draft, including as to its scope and effect, an issue that had been highlighted during a recent session of the working group in October 2018. Stakeholders have been invited to submit their comments on the zero draft by the end of February 2019, with a view to a revised draft being circulated ahead of the next working group session in October 2019.

Gender in business and human rights

There were a series of discussions concerning the importance of developing and implementing a “gender lens” in business and human rights. Panellists and commentators called for recognition by states and businesses of the gendered impacts of trade and investment policies, and business strategies and operations. Discussion focused on the implementation of a gender-sensitive approach in human rights due diligence and as part of good business practice more broadly, including in providing effective remedies through company grievance mechanisms.

Several sessions on Day 2 focused on modern slavery, addressing both corporate and governmental responsibilities in this regard. A representative from the Organisation for Security Co-operation in Europe (OSCE) took aim at governments and international agencies pressurising the private sector on supply chain transparency. Such organisations (it was suggested) should apply those same standards in their own procurement processes in order to maintain “some semblance of integrity”; and the panel took note of the steps that the OSCE is taking to demonstrate leadership and guide others.

Today’s session examined what lawyers can do to support businesses pursuing UNGP compliance. Participants cited the usefulness of lawyers’ extensive transactional and investigative experience in conducting human rights diligence, and how they can help balance the demands of the UNGPs alongside deal certainty, often in a time-pressured environment. The panel also touched on whether the same skills could ultimately be deployed in related contexts, such as the Sustainable Development Goals. Speakers recognised the growing awareness of business and human rights amongst parts of the legal profession, but noted that further efforts to educate were needed.

We will report on the third and final day of the UN Forum tomorrow. All our reports of the 2018 UN Forum can be found here.