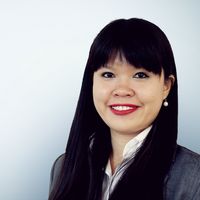 For over four years, a UN Working Group has been working towards a legally binding convention to regulate the activities of transnational corporations by reference to international human rights law. This year, we will see the draft of the convention start to take shape—with current proposals including requirements that domestic laws impose due diligence obligations on companies and provide for corporate liability for human rights abuses arising in the context of transnational business activities.

Following a UN Working Group session in October 2018, states and other stakeholders have been invited to submit their comments on a ‘zero draft’ of the convention by the end of February 2019, with a view to the UN Working Group (The Open-Ended Intergovernmental Working Group on Transnational Corporations and other Business Enterprises with respect to Human Rights) producing a revised draft later in the year.

The convention would not apply directly to companies but rather the primary responsibility to promote, respect and fulfill human rights would sit squarely with signatory states. The states would then be required to put in place a domestic legal framework aimed at regulating the human rights impacts of transnational businesses (purely domestic business enterprises and activities are excluded from scope, regardless of their size or impact on human rights).

Some of the most notable aspects of the current proposals, which will no doubt be the subject of much debate throughout this year, include:

Domestic legal liability: the zero draft requires states to establish in their domestic law criminal, civil and/or administrative liability for human rights abuses. Amongst other things, the liable party would have to "provide reparation to the victim or compensate the State if the State has already provided reparation to the victim". Several key terms remain to be clarified, including – in relation to civil liability – what constitutes a "sufficiently close relation" between parent and subsidiary companies or between a company and entities in its supply chain, and a "strong and direct connection" between a company and the harm, such that a company can be liable for violations of human rights arising “throughout [its] operations”. One of the more controversial provisions of the zero draft has been the requirement for states to establish, in relation to criminal liability, universal jurisdiction over human rights violations. Several states have already expressed concern with this and it will be interesting to see how the Working Group responds.

Access to justice and remedies: the fair, effective and prompt access to justice and remedies for "victims" is one of the key pillars of the zero draft. "Victims" is defined as “persons alleged to have suffered harm through acts or omissions of transnational business activities” (or, in some circumstances, the family of such persons). "Harm" includes physical or mental injury or economic loss, as well as emotional suffering and "substantial impairment of [a victim’s or victims’] human rights". Interestingly, the zero draft contemplates that claims may be brought on behalf of Victims without their consent if the claimants can "justify" doing so (a concept imported from individual communications procedures before human rights treaty bodies). The provisions which have generated the most debate are those requiring states to assist Victims in overcoming financial barriers to commencing legal proceedings, particularly the proposed absolute bar on requiring Victims to reimburse legal expenses of the other party to the claim.

Due diligence: Consistent with the focus on prevention, the zero draft proposes that states require all transnational businesses operating within their territory or under their control to undertake due diligence relating to human rights. This would include putting in place effective national procedures to enforce compliance with such due diligence obligations, with failure to comply resulting in liability and compensation. Subsequent debates in the Working Group will no doubt address the nature of such obligations, including consistency with the due diligence formulations in the United Nations Guiding Principles on Business and Human Rights and the OECD Guidelines on Multinational Enterprises.

The zero draft is only a starting point and the challenges facing the Working Group are not insignificant. There are real questions over whether it will be able to come up with a treaty that is both effective and widely adopted across a range of states. This year may well see a major test for the process as states and other stakeholders provide comments on the zero draft. There is still a long journey ahead of the Working Group before it can put forward a viable treaty.