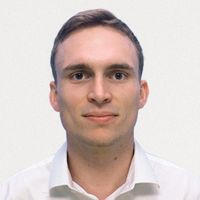 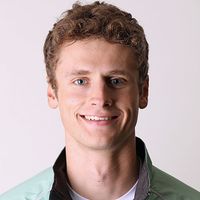 The Bank of England has reiterated its view that banks, insurers, and investment firms are underestimating the potential impacts of climate change on their businesses. In a recent speech, Sarah Breeden, who oversees the Bank’s work on enhancing the financial system’s resilience to climate change, stated that firms need to do more to manage the potential effects of transition risks (eg technology development) and physical risks (eg effects on asset value from fires and floods). According to Ms Breeden, the present lack of early action by banks and financial firms risks a disorderly transition and potential “climate Minsky moment” – a build-up of risk followed by a sudden major collapse of asset values. Ms Breeden contends that a “green swan” event in which an unexpected environmental catastrophe connected with climate change triggers a worldwide systemic financial crisis, is not just possible but likely, unless the financial system’s management of risks is greatly improved. These risks need to be managed “not as they materialise” but by utilising longer term perspectives and time horizons of “decades not years”.

As noted in a previous blog post, the Bank has been at the vanguard of central banks calling for better management of climate and environmental risks. In June, the Bank will launch its climate “biennial exploratory scenario”, in which certain banks and insurers will face climate-related financial stress tests. Through the Network for Greening the Financial System, central banks have made significant progress in modelling and publicising the financial sector risks presented by climate change. Whilst ‘plotting the transmission channels of climate risks into economic and financial risks is a fiendishly complicated task’, Ms Breeden emphasises that ‘we cannot let uncertainties and complexities lead to inertia and inaction’. Firms will be expected to conduct wide-ranging stress tests and to respond with pre-emptive strategic action. To do so, Ms Breeden advises that they should not get ‘bogged down in a spurious amount of precision’.

Ms Breeden also described expectations of the financial sector in contributing the transition to net zero, echoing the Bank’s updated monetary and financial policy remits, which include supporting the Government’s economic strategy of environmentally sustainable growth consistent with a net zero economy. The role of the financial sector will be “to reduce the emissions of the businesses and households they lend to, insure or invest in – their so called ‘financed emissions’". Achieving the UK’s legislated target of net zero by 2050 will require a “sprint start”, in which emissions will need to be halved by 2030. Unlike individual people and businesses, the financial system as a whole cannot divest its exposure to high emission businesses. Rather, banks, investment firms and insurers should target their financed emissions by stewarding businesses and households through the transition to net zero.

On a positive note, Ms Breeden noted that the cost of getting to net zero “need not be substantial” and that economic aggregates, including GDP and employment, may be positively impacted by the transition to net zero. Ms Breeden argues that banks and firms should incorporate climate risk management within “day-to day decision-making” and that if they act early they will lower their risk exposure.