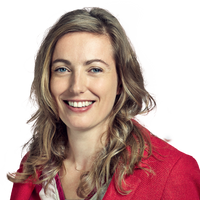 On 26 May 2021, the Hague District Court ruled that Royal Dutch Shell (RDS) has an obligation to reduce the CO2 emissions of the Shell group’s activities by net 45% by the end of 2030, relative to 2019 levels.

This is a ground-breaking decision – for the first time, a court has imposed a legal obligation on a private company to reduce its CO2 emissions. As such the case is at the front edge of a new wave of strategic climate change litigation, which seeks to influence corporate behaviour and hold organisations to account.

That said, the decision should be treated with a certain degree of caution: it needs to be seen in the context of the specific Dutch civil law principle on which it is based, under which an “unwritten duty of care” can be informed by “soft law” principles.  The decision is also likely to be appealed.

This case builds on the landmark Urgenda decision in December 2019. The Dutch Supreme Court considered that human rights offer protection against the consequences of climate change caused by CO₂-emissions and found that the Dutch government’s policies to reduce greenhouse gas emissions were insufficiently stringent and the Dutch State violated a similar duty of care to its citizens.

In the claim against RDS, the plaintiffs sought to extend this argument to private companies, arguing that given the Paris Agreement’s goals and the scientific evidence regarding the dangers of climate change, RDS has a duty of care to take action to reduce its greenhouse gas emissions. The plaintiffs based this duty of care argument on the Dutch Civil Code as further informed by:

On 26 May 2021, the Hague District Court handed down its judgment in which it found:

The Court also reached important conclusions on the following:

Admissibility: The Court limited its consideration to impacts in the Netherlands and the interests of current and future generations of Dutch residents rather than the whole world– the Court found that the interests of the world’s population did not meet the ‘similar interest’ test. However, RDS’ reduction obligation is not limited in scope; it relates to the worldwide CO2 emissions of the entire Shell group activities.

Applicable law: The Court applied Dutch law, partly on the basis that one of the events giving rise to the damage was the corporate decision-making of RDS. Importantly, the Court found that the reduction obligation falls on RDS, as the parent company establishing the Shell group’s climate change policies and strategies.

The effectiveness, onerousness, and proportionality of the obligation:

While ground-breaking, this is a first instance decision and is likely to follow a long appeal process over a number of years.

An English translation of the judgment is available here.

This is a ground-breaking decision – for the first time, a court has imposed a legal obligation on a private company to reduce its CO2 emissions.

Deforestation: long-awaited changes are on the way in the UK and the EU - a comparison of the proposals to achieve deforestation-free supply chains
James Raeside, Simon Duncombe