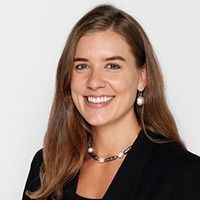 New Zealand has become the first country to codify aspects of the Financial Stability Board’s Task Force on Climate-related Financial Disclosures (“TCFD”) recommendations into legislation backed up by sanctions with real bite. The TCFD recommendations are set out in the Task Force’s June 2017 report. These provide a global framework for companies and other organizations to develop more effective climate-related financial disclosures through their existing reporting processes.

New Zealand’s Financial Sector (Climate-related Disclosures and Other Matters) Amendment Bill (“the Bill”) amends the Financial Markets Conduct Act 2013 by introducing Part 7A titled “Climate-related disclosures for certain FMC reporting entities with higher level of public accountability”. The effect of the Bill is to introduce obligations on “climate reporting entities” (“financial entities”), singled out by the Bill for their large size, to keep proper records relating to their obligations to make climate-related disclosures, prepare climate statements, and lodge these (ss.461N-461Q). In general, climate statements must be prepared, signed off by directors of the financial entity and lodged within a deadline of four months from the balance date (ss.461W-461Z). A failure to prepare such a statement, lodge it, or include it in the financial entity’s annual statement attracts fines. The Bill also applies to the New Zealand businesses of overseas companies that fall within the same definition (s.461Y).

New Zealand is at the vanguard of a wave of new legislative and regulatory reform anticipated to sweep through many countries. Such reforms will build on obligations already in place in some regions. It will be recalled in this respect that:

Proposed legislative developments in various regions around the world are summarized in the latest TCFD status report of 2021 and include the following:

We anticipate much more legislative and regulative movement in the near future, both as an attempt to codify aspects of the TCFD recommendations, and also as a response to the outcome of the pending UN Climate Change Conference (COP26) next month.

The New Zealand bill can be consulted on the New Zealand Legislation website here: https://legislation.govt.nz/bill/government/2021/0030/latest/LMS479633.html?src=qs