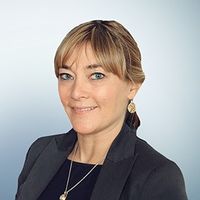 With the recent conclusion of COP26, the challenges posed by climate change are at the forefront of the agendas of governments and multinational companies. The construction industry is facing particularly strong scrutiny given that it accounted for an estimated 37% of global energy-related CO2 emissions in 2020.

What are sustainability provisions and what are the drivers behind them?

Sustainability provisions seek to mitigate the environmental impact of major projects, either during construction or once completed.

There are examples of sustainability provisions in some of the standard form contracts, but historically they have been relatively limited in their scope and/or effect. For example:

However, we are starting to see more interest in sustainability clauses and what they might look like. For example, The Chancery Lane Project (TCLP), a non-profit body of lawyers, has drafted a number of provisions that are intended to be incorporated into construction contracts to fight climate change. These include provisions:

In addition, the NEC recently announced that it is to publish an optional clause aimed at incentivising the supply chain to meet the owner’s emissions and sustainability targets, and encouraging the contractor to propose changes to the scope that will reduce the climate change impact of both the construction and operation of the asset.

While parties to a construction contract are not obliged to adopt these kinds of clauses, and it is ultimately a matter of commercial negotiation, there are some drivers towards their inclusion.  In particular, project funders or equity providers may make lending conditional on meeting environmental objectives. In addition, the corporate ESG policies of owners and other parties in the supply chain, along with shareholder activism, may also increase the pressure on parties to adopt sustainability provisions.

Areas of risk and potential disputes

Where sustainability provisions are negotiated, parties must consider the key risks associated with them.

Some sustainability provisions are drafted aspirationally. That is, they encourage good sustainability practice but do not include specific requirements or consequences for failure to adhere to them. This could render them unenforceable, while their inherent uncertainty increases the risk of disputes.

In the future, we can expect to see these provisions replaced with measurable and enforceable performance targets, as we have started to see with some of the TCLP clauses. The use of recognised standards, such as BREEAM ratings, is another option. However, drafters will need to consider how these provisions interact with any upstream or downstream documents. Where standard forms are amended, new terms will have to be consistent with the rest of the contract.

The use of more concrete language in sustainability provisions raises another issue: the potential difficulty in reaching agreement regarding the level of sustainability performance to be met. This will be particularly difficult in global, multi-party projects where stakeholders have different ESG policies that are measured against varying performance indicators. Benchmarking could play a role here (schemes like the BCIS Benchmark Report run by the RICS could standardise ESG goals across jurisdictions, thereby facilitating agreement), although the bespoke nature of each construction project may place a limit on the usefulness of such benchmarks. They should be considered an aid to negotiation rather than a panacea.

Despite the risks and limitations, the sector should recognise that it has an exciting opportunity to use contractual provisions to reduce its carbon footprint. Commercial imperatives for doing so abound as global calls for climate action continue to grow in volume and intensity.