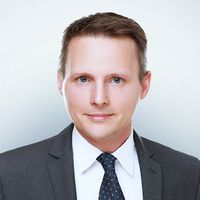 In 2020, the German federal government launched H2Global, a funding project for the provision of hydrogen produced from renewable energy (‘green hydrogen'). At the end of 2021, shortly after the European Commission’s state aid approval, the German government allocated €900m in funding to H2Global.

The funding will help meet expected excess demand for green hydrogen in Germany by importing it from non-EU countries. In fact, pure hydrogen imports are not yet technically possible so the focus of H2Global is on three hydrogen derivatives in the form of so-called PtX products: Ammonia, methanol and aviation fuel, provided these derivatives are themselves produced exclusively with green hydrogen.

To match demand with supply, a ‘double auction model’ run by the Hydrogen Intermediary Company (HINT.Co) as a non-governmental intermediary will be established. HINT.Co will determine the most favourable offer on the market for a specific quantity of PtX products through competitive procedures and conclude long-term hydrogen purchase agreements (HPAs) with producers on an upstream market.

On a downstream market, the PtX products are then sold by HINT.Co to customers in Germany via short-term hydrogen sales agreements (HSAs).

Since the purchase price of the PtX products on the upstream market will, for the foreseeable future, be higher than the achievable market price on the downstream market (where there is competition with fuel from fossil sources), HINT.Co’s expected losses (the delta between purchase price and sales price) will be covered by the €900m government funding.

This week, the German Ministry for Economic Affairs and Climate Action published its ancillary provisions for the allocation of said subsidies (so far only available in German), detailing some key aspects and requirements for the upstream award process.

The provisions focus mainly on the upstream market, ie the relationship between HINT.Co and suppliers of PtX products via HPAs. Broadly speaking, the ‘best’ bidder on the upstream market is not simply the one offering the largest quantity at the lowest price. Instead, HINT.Co is expected to conduct a so called “competitive dialogue”, a formal procurement procedure allowing HINT.Co some flexibility in determining its demand by negotiating with possible suppliers. For this, certain essentials are defined:

The provisions then also describe a number of sustainability criteria which HINT.Co will have to apply:

For the downstream market, which governs the relationship between HINT.Co and any company wanting to buy PtX products via HSAs, no such detailed requirements exist. Contracts will simply be awarded to the highest bidder.

Although the funding decision already provides a fairly good picture of the H2Global project, the finer details have yet to be specified by HINT.Co. With funding being available as early as 2024, which implies that the first PtX products are to be supplied during this year, we expect HINT.Co to do so over the next months.

As HINT.Co is required to conduct a formal competitive dialogue in compliance with EU procurement laws, this process will most likely be kicked off by an invitation to tender that will be open to any eligible supplier of PtX products. However, it is not yet clear whether HINT.Co will only conduct one tender for each of the three PtX products and award HPAs for the entire funding period (2024 – 2033) or whether “latecomers” may still have a chance to participate in later years. In any event, any supplier considering participation in earnest should begin preparing for the upcoming competitive dialogue now to determine whether there may be any challenges in meeting the substantive tender requirements.

The future will show whether the current amount of €900m is sufficient to cover the rising demand for climate-neutral hydrogen and its derivatives, especially considering the current German coalition’s ambitious decarbonisation goals (see our previous post on green hydrogen).