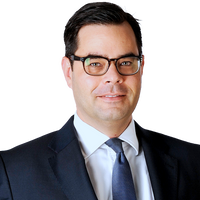 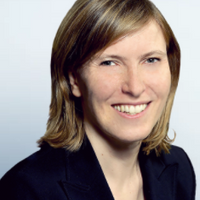 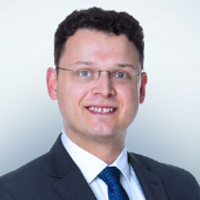 While ENVI is the lead Committee dealing with the CBAM proposal, it is also important to note that the European Parliament’s Committee on International Trade (INTA) is also associated with the process and has exclusive competence on aspects relating to compatibility with WTO rules and existing EU free trade agreements. A draft INTA report was also published recently and is available here. The ENVI and INTA reports are complementary and each must take into account the conclusions reached by the other committee.

In our first briefing on CBAM in July 2021, we highlighted how the CBAM mechanism works and how to comply with it (see also our article “Fit for 55: what the EU’s 2030 decarbonisation plan means for the hydrogen and ammonia industries”). Our latest briefing provides an update on the European Parliament’s ENVI Committee’s latest draft report. The key points to note are as follows:

Broadening the scope of CBAM

In addition to the products already covered in the Commission’s proposal (steel, cement, fertilisers, aluminium and electricity), the rapporteur proposes the inclusion of organic chemicals, hydrogen and polymers, as well as bringing into scope ‘indirect emissions’ released during the production of electricity used either in the production of a CBAM good or upstream products . The latter would significantly impact e.g. non-European aluminium manufacturers, since aluminium production requires massive amounts of electricity. Furthermore, the rapporteur proposes that the Commission considers whether to extend the scope to goods further down the value chain (so-called “downstream products”). This could e.g. affect non-European steel that is used to produce a machine which is subsequently imported into the EU.

The Commission’s timeline proposes that CBAM does not become fully operational before 2036 – this is too late for the rapporteur. The draft report proposes phasing-out the allocation of free ETS-allowances in sectors subject to CBAM by the end of 2028 (i.e. 7 years earlier than currently proposed). In relation to cement, the rapporteur proposes a complete phase-out by the end of 2025 as he considers European cement producers are not exposed to relevant carbon leakage risks. Consequently, declarants importing CBAM goods into the EU after these dates would no longer be able to benefit from the reduction in CBAM certificates that have to be surrendered that would otherwise have to applied to mirror the previously available free ETS allowances. Furthermore, the rapporteur recommends shortening the transitional period (i.e. the period when CBAM would only be operated as a quarterly reporting mechanism for declarants) by one year so that it expires on 31 December 2024.

Implementation of one central CBAM authority

The rapporteur proposes the creation of a single CBAM authority for all EU member states instead of relying on 27 national authorities. In his view a decentralised system would lead to uneven implementation of CBAM by the 27 competent authorities with a high risk of “forum shopping” which would be detrimental to the integrity of the single market. In this respect, the draft report is in line with an early, not officially circulated, version of the Commission’s proposal on the CBAM regulation which also proposed a comparable centralistic approach.

The report considers setting up an independent European Board of Appeal for appeals against decisions taken by the CBAM authority. This Board would consist of three members appointed by the European Parliament, the Council and the Commission respectively. The appeal, which would have to be filed within a period of two months, would have suspensory effect. Legal actions against Board decisions could be brought before the General Court and ultimately before the Court of Justice, also with suspensory effect. Introducing a chapter for legal actions into the draft regulation is also not an entirely new idea: the European Commission’s unofficial draft foresaw a comparable mechanism which was, however, deleted in the draft that was later published.

To support the least developed countries’ in their efforts in decarbonising their manufacturing industries, the draft report proposes that, as a minimum, the equivalent of the yearly revenues generated by the sale of CBAM certificates should be used. This proposal is independent from another proposal currently being discussed by the Member States which would see 75 per cent of revenues generated by CBAM being assigned to the EU budget. Interestingly, the draft report also suggests the introduction of a review-clause under which the Commission would be required to assess within two years of CBAM being implemented whether any mechanism is needed to address any negative impacts of CBAM on European exports (by means of a new legislative proposal). In this context, the rapporteur voices his view that explicit export rebates are not in line with WTO principles, a point already highlighted by several business representatives. Currently, the WTO is being consulted on potential solutions to this issue that avoids conflicts with fundamental WTO principles.

The co-rapporteurs will now amend the draft report. We expect the shadow-rapporteurs, especially the Christian-Democrat and Conservative Members of the European Parliament (MEPs), to take a more conservative approach and push back on several elements proposed by socialist Rapporteur Chahim.

You can read our briefing on this draft report in full here.