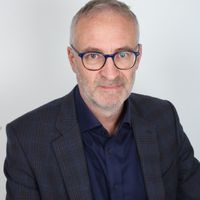 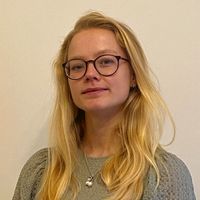 COP27 was a mixed bag. Important progress made on ‘loss and damage’ – the mechanism by which poorer countries are compensated for climate devastation caused largely by emissions from richer economies – was overshadowed by a lack of progress on mitigating the burning of fossil fuels.

The mixed outcome can, to a large extent, be attributed to the changed geopolitical landscape since COP26 in Glasgow though, even a year ago, efforts to curb carbon emissions were muted. The current tensions between China and the West, war in Europe, and rocketing energy prices all conspired to dampen COP27’s aspirations at a time when transition to a more resilient, lower-cost and cleaner energy system is urgent.

The discussions in Sharm El Sheikh were fraught, with 30 hours spent finalising the agenda alone. An absence of progress on mitigation was a blow to people suffering from climate impacts all over the world. Pressure from oil producers had a significant influence on the outcome, with UN Climate Chief, Simon Stiell, vowing the event will be more transparent and effective next time. For some, though, enough is enough.

COP27 was billed as the ‘African COP’, spotlighting countries most affected by current and future climate disasters. The growing voice of vulnerable countries meant that ‘loss and damage’ made its way onto the agenda for the first time, with the lower-income nations and those subject to acute risks from weather events and sea-level rise long arguing that the richer nations should pay up. After decades of unproductive discussions, a new loss and damage fund was agreed. That said, the richer countries have still not delivered on their 2009 promise in Copenhagen to provide US$100bn per year to countries most in need. Across the board, far greater sums of money are required: a report by Lord Stern estimated that the cost of adaptation and mitigation in developing countries would be $2 trillion per year by 2030.

Scientists have been calling for a rapid reduction of greenhouse gas emissions for 30 years. Conscious of the urgency, the Egyptian presidency promised that COP27 would be a time for ‘implementation’, where promises by states would turn to action to keep global heating under 1.5C in line with the Paris ambition. A year ago, the UNFCCC asked all countries to up their game, but by the start of COP27 only 30 states had shared revised targets. While the 1.5C ambition was preserved (just), governments have been given another year to strengthen their commitments. India’s proposal to extend the COP26 agreement to phasedown ‘unabated’ coal to all fossil fuels, was dismissed.

It’s understandable that the least developed nations should wish to exploit their carbon resources in the way richer countries have done. Yet every tonne of carbon emitted anywhere on Earth exacerbates a problem that impacts those same countries more severely due to their vulnerability to weather events and poorer infrastructure. The alternative is of course investment in clean, resilient and ultimately cheaper (and less price volatile) renewable energy, built with job creation, human rights and protection of nature in mind.

Companies are buzzing with net zero plans, science-based targets and offsetting strategies; and carbon markets now have big money at stake. Reputations are being lost as well as made, however, with greenwashing under intense scrutiny in some jurisdictions. It’s not all plain sailing either: an “anti-ESG” backlash is prominent in the US, impeding business efforts to transform.

One thing remains certain though: whatever happens at climate negotiations, many companies will plough on with transition. Why? Either because climate change is jeopardising their businesses, or they can see commercial wins from being part of the solutions - or both. The opportunities are most obvious in energy and mobility, where infrastructure, manufacturing, materials and service provision, and the financing behind them, are in the ascendent. But all industries are being impacted one way or another, and all companies can choose how quickly or decisively they wish to respond.

COP28 will be hosted by the UAE in December 2023. It will include the first global ‘stocktake’ of implementation of the Paris Agreement, which is likely to conclude that countries are not on track. Based on the experience of Sharm El Sheikh, we may see a different tone at COP28 – less jamboree, more outcomes. It’s license as the world’s premiere climate discussion will otherwise be at stake.

For those of you who need a break from climate, the UN’s Biodiversity Conference (aka COP15) takes place in Montreal in December 2022. Like climate change a decade ago, biodiversity has been rocketing up the business agenda over the last few years as companies become more aware of their dependency on nature. Akin to the Paris Agreement, COP15 will seek a new set of goals for nature over the next decade, and a plan to “bring about a transformation in society’s relationship with biodiversity and to ensure that, by 2050, the shared vision of living in harmony with nature is fulfilled.”

Like the climate negotiations next year, let’s hope it succeeds.