On 20 October 2022, the UK Advertising Standards Authority (ASA), published its anticipated report on consumer understanding of commonly-used environmental claims (such as ‘carbon neutral’ and ‘net zero’), as well as sector-specific environmental claims in the automotive industry.

The report forms part of the ASA’s ‘climate change and the environment project’, and is the ASA’s first piece of consumer perception research in this area. Further research is expected to be published later this year on consumer understanding of ‘sustainable’ and ‘eco-friendly’ claims, and then in 2023 on waste-related claims (such as ‘recyclable’ and ‘biodegradable’) and common claims in respect of meat, dairy, and plant-based substitutes.

Some of the insights provided by the report into consumer understanding of general environmental claims are interesting. However, methodological limitations – including the small sample size and qualitative nature of the research (45 consumers expressed their views in semi-structured interviews) – mean that the results are not statistically projectable and should not be generalised to the wider UK population. It is also worth recalling that the ASA must assess claims from the point of view of the “average consumer” consumer (assumed to be reasonably well-informed, observant and circumspect) – a legal concept not mentioned in this report. A claim may only be misleading where it causes, or is likely to cause, the average consumer to make a transactional decision they would not otherwise have taken.

Key findings of the report

The report recognises that the use of environmental claims in advertising is potentially useful. However, it concludes that certain barriers currently prevent these claims from being valuable tools in consumer decision-making. Three main barriers are identified:

The ASA’s green claims guidance and recent rulings in this area indicate that the ASA considers that the average (reasonably well-informed, observant and circumspect) consumer would interpret a general claim, such as ‘eco-friendly’ or ‘zero emissions’, as a claim about the full life cycle of the advertised product or service, unless clearly stated otherwise.

In contrast, the report suggests that only the most ‘engaged’ consumers assessed claims across the whole product life cycle. The report indicated that consumers categorised as ‘mainstream’ and ‘detached’ struggled to contextualise environmental claims in this way, instead interpreting them more narrowly. This suggests that these consumers – who represented the majority of consumers surveyed as part of this study – may be more susceptible to greenwashing. In other words, they are more likely to be swayed in their decision-making by a claim that (for example) a supermarket is ‘greener’ because it is moving to energy-saving lightbulbs in its stores, whilst more ‘engaged’ consumers are more likely to critically evaluate that claim in the wider context of the advertiser’s other activities.

2. Overlapping terminology may cause confusion. The report identifies particular consumer confusion relating to the use of carbon offsetting, especially in industries such as travel, energy and automotive, where such claims are increasingly prevalent. Respondents often assumed claims such as ‘carbon neutral’ or ‘net zero’ were absolute and meant that the advertiser was taking active steps to reduce emissions from its business activities, rather than “buying their way” to a lower net emissions figure or compensating for output by making equivalent reductions elsewhere.

3. The perceived prevalence of greenwashing could undermine the credibility of claims made. The report suggests that consumers are particularly cynical of claims that a business will be carbon neutral or net zero by a specified date, and expect to see “supporting detail or a roadmap of action”.

The report concludes that these barriers could be remedied by greater transparency when advertisers make environmental claims.

The ASA recognises that small print and other supporting detail provided by advertisers (including on linked websites or other material) can play a role in clarifying environmental claims made. However, the report found that the majority of consumers surveyed did not voluntarily read such text, and when asked to do so, felt that it was “too technical and not expressed in plain English” and “chiefly symbolic”. There is some tension between the ASA’s recent – increasingly stringent – rulings on qualifications and small print in relation to environmental claims and recent court decisions on similar issues. It will be interesting to see whether and how the findings of this report influence the ASA’s position in this area going forward.

Even where claims have little impact on purchase decisions, they could have a favourable impact on brand reputation

The report notes that environmental claims may have a limited impact on purchasing decisions, with factors such as price, convenience and brand preference potentially playing a larger role. It found “little evidence” that the types of claims investigated had impacted the purchasing behaviour of the consumers surveyed, and few consumers considered that these claims would impact future decisions.

However, the report found that environmental claims could have a “favourable impact on brand reputation”, which may indirectly impact consumer decision-making. Whether a claim is likely to affect the transactional decisions of the average consumer is core to determining whether or not a claim is misleading.

A core theme throughout the report is that the lack of official definitions for common environmental terms causes confusion among consumers. According to the ASA, the consumers surveyed also tended to assume that environmental claims are more closely ‘policed’ than they are in reality. This, in turn, may affect the level of credibility consumers give to a claim, and increase the likelihood that it impacts their transactional decision-making.

The report suggests that additional clarity is needed on the definitions of common terms in this area, to improve consumer understanding and confidence in the claims made.

In the short-term, the ASA plans to share its research findings with the Government, which is in the process of considering advice from the Competition and Markets Authority (CMA) regarding environmental claims. In March 2022, the CMA presented advice which, among other things, recommended the creation of statutory definitions for commonly-used environmental terms, and considered strengthening enforcement against ‘greenwashing’ (see further here).

The ASA also plans to make further updates to its guidance on green claims by the end of 2022.  We expect that the updated guidance will capture the findings of this report, as well as recent ASA rulings in this space. Following publication of the updated guidance, the ASA has committed to a six-month monitoring period, during which time it will closely scrutinise adverts making carbon neutral or net zero claims, in an effort to assess the levels of substantiation provided for claims made. 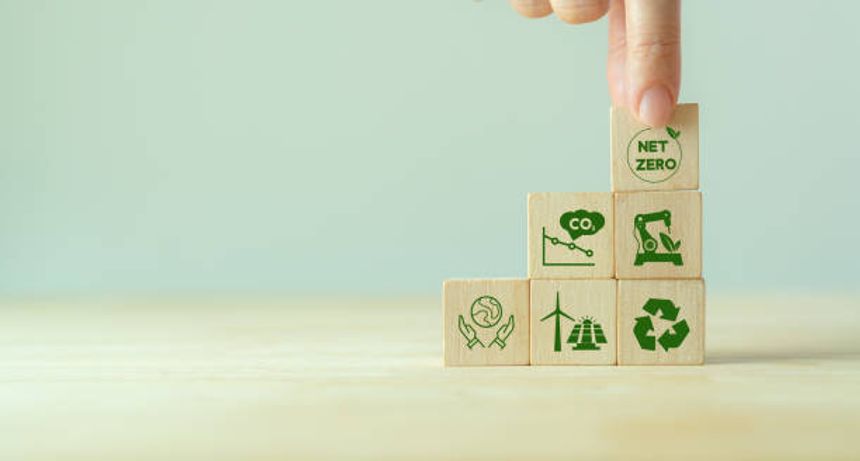