Last month the UK government published guidance to help public authorities identify and mitigate the risks of modern slavery in their supply chains. Applying to both existing contracts and future tender processes, it builds on the Modern Slavery Act 2015 by applying its core concepts to the public procurement context. This article takes a closer look at the guidance and what it means for those contracting with public authorities in the UK.

Who will be affected by this guidance?

The “Tackling Modern Slavery in Government Supply Chains” guidance aims to help procurement and commercial professionals at all levels in government to “understand the risks of modern slavery in supply chains, and take appropriate action to identify and address those risks”. Applying to both future public procurements and existing contracts, it sets out the factors that contracting authorities should consider in identifying high risk supply chains, and suggests ways in which they can engage with existing suppliers and potential bidders to mitigate risks.

Under the Cabinet Office Procurement Policy Note (PPN 05/19), the guidance is compulsory for all central government departments, their executive agencies and non-departmental public bodies (In-Scope Organisations), and other public sector contracting authorities are advised to follow it. The guidance itself suggests that it should be used across all government departments and that it may also be relevant to organisations outside the public sector, including those in the voluntary, charitable or private sectors.

The guidance applies to all procurements regardless of the size of the contract in question or the budget of the authority. It does however make clear that there is no ‘one-size-fits-all’ approach to assessing public contracts and suppliers. Instead, commercial teams are advised to tailor their actions according the nature of each contract and to act proportionately in order to avoid imposing unnecessary burdens that would deter suppliers (particularly small and medium-sized enterprises and voluntary, community and social enterprises). As such, the guidance is most likely to affect larger suppliers whose contracts are deemed ‘high’ or ‘medium’ risk (see below for which contracts are likely to fall into this category).

Under the new guidance, commercial and procurement officials in In-Scope Organisations must revisit all of their existing contracts and identify which represent a ‘high’ or ‘medium’ risk from a modern slavery perspective. In doing so, they must take into account the following factors:

If a contract is deemed high or medium risk, and the relevant supplier cannot detail the systems it has in place to manage modern slavery risks, the contracting authority must carry out a mapping exercise to establish specific risks in the supply chain. As part of this process, it may ask the supplier to supply information on how it manages its supply chain, or to use the Home Office’s Modern Slavery Assessment Tool. Contracting authorities may also adopt tighter contract management procedures to manage any risks, or seek to vary contracts in order to bolster their rights to do so. This exercise will then be repeated at least annually for high risk contracts, and at ‘reasonable intervals’ for medium risk contracts.

Where incidences of modern slavery are identified, the guidance provides that contracting authorities should work with the supplier to address the issue; terminating the contract is a last resort. Authorities should also contact relevant law enforcement authorities (including overseas agencies, if necessary) in order that assistance may be provided to any victims.

Prior to formally launching a tender process, contracting authorities must now use the risk characteristics set out above to identify the risk profile of a prospective contract, and engage with the market in order to understand the maturity of suppliers in dealing with modern slavery risks. As part of this process they must review the statements published by potential suppliers under s.54 of the Modern Slavery Act 2015 (MSA).

Once the procurement is under way, the Public Contracts Regulations 2015 provide that any bidder convicted of an offence under the MSA must be excluded from the tender process. What the guidance also makes clear is that a failure to produce an MSA-compliant modern slavery statement may also constitute a ground for exclusion (albeit a discretionary one).

Where a contract is identified as being high or medium risk, selected bidders for these contracts are likely to be asked more exacting questions during the award process. If they plan to use subcontractors, for example, they may need to demonstrate how the supply chain will be managed and monitored to mitigate any modern slavery risks. They may also be asked to provide details of working conditions in factories used to produce goods, and to give details on who in the bidder’s company has ultimate responsibility for addressing the risk of modern slavery. A full list of example questions is included at Annex A of the guidance.

Bidders for high risk contracts can also expect to see more onerous contract terms if they are successful. These might include requirements to provide details of ongoing supply chain monitoring, to produce a ‘high quality’ modern slavery statement or to allow unannounced inspections of their premises by the contracting authority or third party (further examples can be found at Annex C of the guidance).

Why is this development important?

With over £220 billion a year spent by the UK government on public procurement, public authorities are conspicuous by their absence under the Modern Slavery Act, which (in its current form) requires only “commercial organisations” to publish an annual modern slavery statement. The government is gradually taking steps to address this: it has voluntarily committed itself to publishing a modern slavery statement in December this year, setting out the steps it is taking to identify and prevent modern slavery in central government supply chains (and in which the new guidance will no doubt feature), and from 2020/21 UK government ministerial departments will publish their own individual modern slavery statements. As mentioned in our previous blog post, the government is also considering extending the obligation to publish a statement to other public authorities (although some, such as NHS bodies, already do so voluntarily). However, fuelled by reports that almost a third of the government’s top suppliers fail to comply with the MSA, civil society has put the government under pressure to actively scrutinise its own supply chains, and thereby to realise the potential of public procurement as a driver for promoting responsible business practices.

What can suppliers do to prepare?

In-Scope Organisations retain a wide discretion in determining the level of modern slavery risk applicable to contracts, and what constitutes a ‘proportionate’ response. It remains to be seen how strictly the officials in these organisations will implement the guidance, and in particular how much of a role it might play in contract award decisions. However, companies that bid regularly for public contracts should at least consider whether their services are likely to be categorised as high or medium risk. If they are, these companies would do well to ensure their modern slavery statements fulfil the formal requirements of the MSA (with reference to the Home Office guidance) and demonstrate robust risk-mitigation measures. They should also familiarise themselves with the guidance and prepare themselves for heightened scrutiny by public contracting authorities, particularly during the bidding phase. 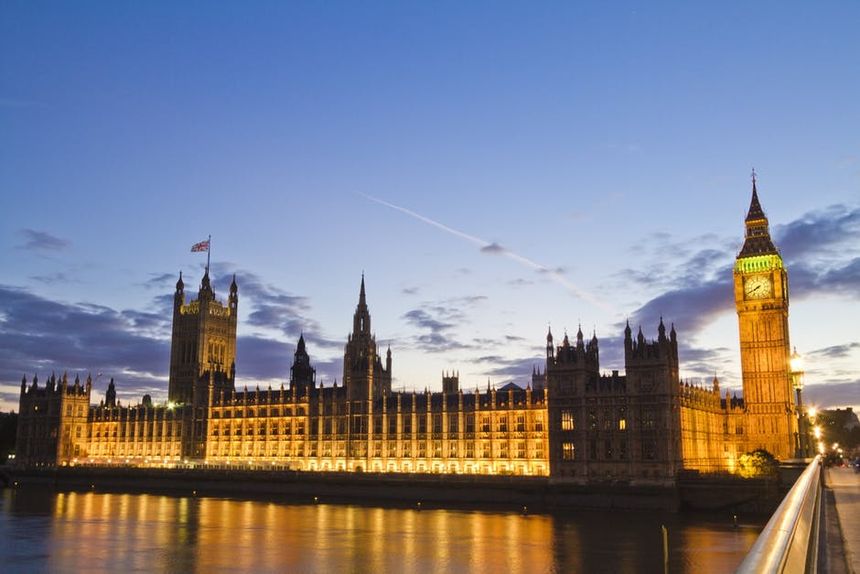