On 5 October 2020, Japan’s new Prime Minister, Yoshihide Suga, stated that it is “extremely important” to build the appropriate legal infrastructure for the development of Tokyo as an international financial centre. He pledged corporate governance reforms to pave the way for more women and non-Japanese people to occupy executive positions, and changes to tax laws to make Japan a more attractive place for high-performing non-Japanese workers (see Nikkei article).

We believe the reasoning behind the drive is threefold. First, to attract non-Japanese talent into Japan in order to address Japan’s population crisis. There are not enough Japanese younger people to sustain the ageing population, where a quarter of the population is 65 or over. Second, to make Tokyo an international financial hub, to compete with global centres like London, New York, Singapore and Hong Kong – which typically have a much broader pool of international talent to draw from for their boards. Third, there has been stagnant economic growth in Japan. With Japanese companies sitting on huge piles of cash, they are keen to improve profitability with greater innovation and adding diversity of thought may give them the shot in the arm needed to generate new and creative ideas for growth.

Prime Minister Suga’s comments are an acknowledgment that Japan’s current corporate governance laws may be insufficient to propel Japan on the path to creating the diverse work force required for Tokyo (or one of Japan’s other megacities) to compete as a leader among global financial centres. These comments on diversity are also part of the Prime Minister’s broader regulatory reforms aimed at attracting international commerce and capital (see our blog post on regulatory reform).

This all suggests that legal reforms are likely on the horizon. We explore what legal options are available to increase diversity, in particular, of Japanese boards and whether Japan may follow recent global trends on improving boardroom diversity.

What do the current laws/regulations/guidelines say?

In this case, certain provisions of the guidance specifically target gender and nationality.

Japan’s Corporate Governance Code (CGC) was enacted on 1 June 2015 by the Tokyo Stock Exchange and was revised in June 2018 and provides for a ‘comply or explain’ regime, thereby creating a public disclosure that would allow companies to benchmark against best practices.

Principle 4.11 states that boards “should be constituted in a manner to achieve both diversity, including gender and international experience, and appropriate size”.

How have companies interpreted and reacted to these principles?

Typically, companies will disclose on their website if/how they have complied with the relevant provisions of the CGC. Most of the companies we have analysed stated on their websites that they comply with principles 2.4 and 4.11 of the CGC in terms of board room diversity. Their websites also include statements that the companies are promoting an environment where any personnel can play an active role within the organisation, regardless of gender, age and nationality.

What options are available for reform?

It’s helpful to compare these practices with the most notable recent legal and regulatory guidance in other jurisdictions, such as the third-party review in the UK and newly enacted legislation in the state of California in the US.

An independent review by Sir John Parker (the lead non-executive director for the UK Cabinet Office between 2017 to 2019) into the ethnic diversity of UK boards in 2017 recommended that each FTSE 100 board should have at least one director of colour by 2021, and that each FTSE 250 board should have a director of colour by 2024. Whilst the recommendations were endorsed by the UK government, compliance was voluntary. (See Parker Review, updated in February 2020). The conclusion was that companies have made improvements but still fall short on diversity ambitions. 37% of FTSE 100 companies surveyed had no ethnic minority representation on their boards, down from 51% in 2017.

The UK Corporate Governance Code was revised in 2018, presumably in light of the original Parker Review. Similar to the Japanese CGC, the UK Code is legally non-binding and is based on the principle of ‘comply or explain’. The revised UK Code set out a broad definition of diversity and recommended that appointment and succession planning should be based on merit and objective criteria. The UK Code also highlighted the need for promotion of diversity of gender, social and ethnic backgrounds, cognitive and personal strengths (Code principle J) – wording which is similar to the Japanese CGC. In addition, the current UK Stewardship Code (enacted in January 2020) recommends investors consider diversity in their own organisations, as well as in the companies in which they invest.

It has been argued that the Parker Review, the UK Code and the Stewardship Code have harnessed a ‘name and shame’ culture for UK companies that still have not met their goals suggesting that perhaps legally-binding provisions may be forthcoming in order to effect real change.

In the US, the most progressive example is California’s recent Assembly Bill 979. On 30 September 2020, the Californian governor approved Assembly Bill 979, which requires public companies headquartered in the state of California to appoint directors from “underrepresented communities” to their boards (see our blog). Under the bill, a director from an underrepresented community is one who self-identifies as “Black, African American, Hispanic, Latino, Asian, Pacific Islander, Native American, Native Hawaiian, or Alaska Native, or […]as gay, lesbian, bisexual or transgender.” The bill sets quotas, e.g. the in-scope companies must have at least one director from an underrepresented community on the board by 31 December 2021 or face fines for non-compliance.

Why should board room diversity be promoted in Japan?

Cambridge University research indicates that boards which are less diverse (e.g. where it is common for the directors to be friends and members of the same exclusive clubs) result in directors supporting badly-performing CEOs. Diversity should disrupt these clubby board rooms and improve the free market of varied opinions, thereby enhancing corporate governance and increasing CEO and company performance. In addition, research suggests that ethnically diverse boards improve profitability. A 2018 study in the Harvard Business Review on every VC organisation and investor in the US since 1990 found that shared ethnicity reduced an investment’s comparative success rate by 26.4% to 32.2%.

What are the challenges?

Ethnicity and race are difficult concepts to promote in a largely homogenous society like Japan where approximately 97.8% of the population is Japanese and corporations rarely distinguish in their reporting on diversity among non-Japanese. The disclosures made on company websites (see above) state that the company is in compliance of the CGC because there is a non-Japanese person on the board (who is usually a white male). This raises the question of whether adding broader ethnic diversity to the board is on the corporate agenda.

In terms of gender, according to MSCI’s Women on Boards 2019 Progress Report the representation of women on Japanese boards is one of the lowest in the developed world. The percentage of total director seats held by women in 2019 was 8.4%, compared to 44.3% in France, 31.2% in Australia, 31.7% in the UK and 26.1% in the US. According to our research, out of the top 25 Japanese listed companies, ranked in terms of market capitalisation as of September 2020, the number of female directors between 2015 and 2020 increased from 16 to 37 out of total of 277 (i.e. female directors have only 13% representation on the top 25 company boards). The focus now appears to be addressing such gender gap, while boardroom ethnicity appears to be a topic that is discussed far less.

Whilst the numbers are moving in the right direction, the relatively low numbers of non-Japanese and female directors help to explain why Prime Minister Suga highlighted the need for reform as the pace has been slow. We suspect there will be continued pressure by international investors to strengthen the push for more diverse boards. We believe, in the short term, this will continue to come through administrative guidance pressure rather than legal reform. However, if the trends continue internationally for hard law on diversity (including penalties for non-compliance), Japan may need to follow suit if it wants to be recognised as one of the true global destinations for business.

To stay ahead of the guidance or future reform, we recommend companies to look now to increase their board diversity, not least as a defence strategy to guard against shareholder activism targeting ESG (environmental, social, governance) deficiencies of listed companies (see our blog series on shareholder activism). Further, our experience from other jurisdictions suggests that the competition for diverse board talent can be quite fierce, so there is a first-mover advantage for companies putting their diversity shortcomings front and centre now. Although we expect an increase in non-Japanese participation, we believe that gender diversity will continue to be the greatest focus for board representation in Japan. 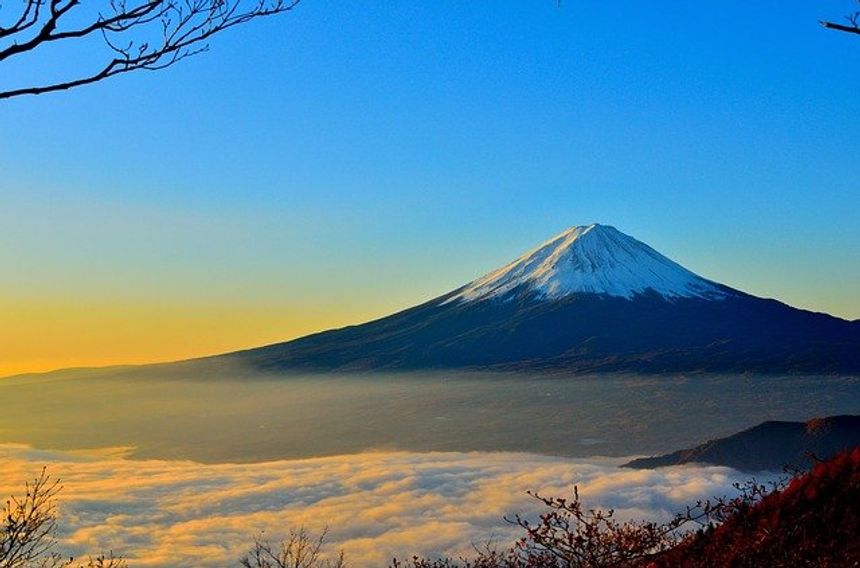