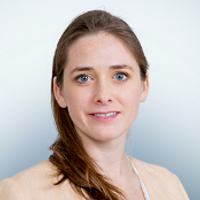 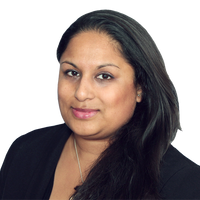 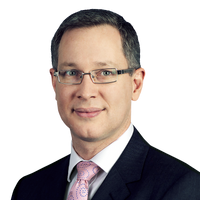 Results-based financing (RBF) instruments are an innovative way to fund social programmes. These instruments have been successfully used, mostly in Europe and the US, for a number of years and are now attracting broader interest globally and, in particular from international development funders to help meet some of the most pressing needs of the developing world and climate targets. While this is a positive trend there are a number of stumbling blocks that adopters of this model will need to negotiate in order to successfully implement an RBF programme.

Freshfields has been advising on RBF structures for almost a decade, in particular the subset known as impact bonds. The UK government launched the first impact bond in 2011 and the UK remains the most active market. The US was a quick adopter of the model and has achieved greater scale with these programs. We are now seeing growth in new markets such as Hong Kong and increasingly in the international development space with the establishment of the Education Outcomes Fund (a UNICEF hosted fund) three years ago and the World Bank’s new dedicated outcomes fund which launched last year.

In essence, RBF involves an agreement by one party, the “commissioner” (usually a public body or large donor organisation), to pay for pre-determined “outcomes” pursuant to an 'outcomes contract', rather than delivering a particular service or program. Outcomes paid for have traditionally been social measures such as reduction in reoffending rates, improvement in education levels and better health outcomes, and this model is also now being used to tackle environmental issues.

Given that there are significant upfront costs involved for the “implementer” in providing an intervention designed to achieve the outcomes, and the risk of the loss of those funds if said outcomes are not achieved, RBF programs often involve a socially motivated investor that pre-funds the intervention, and that investor is only repaid if the outcomes are achieved. This model is often called an impact bond although in most jurisdictions no “bonds” in the traditional sense of the term are ever issued.

Why use an RBF model?

The reasons for using RBF as a financing mechanism are compelling for governments and donors. This approach can:

RBFs are also popular with many not-for-profits, which are enabled by the flexibility of the funding model to innovate and improve the quality of the intervention they provide to drive results rather than simply meeting a service or grant specification. In addition, the regular collection of data on outcomes rather than the common approach of conducting a review of a program once it has ended drives better performance, because implementers are able to see what is working in real time. This model often allows for changes to be made to the program during its life driven by the outcome of the monitoring.

How are outcomes contracts different from standard grants or fee-for-service contracts?

There are certain key differences between a standard grant/fee-for service contract and an outcomes contract.  RBF programs require a strong focus on outcomes and attention needs to be given to how those are defined and measured. Flexibility on inputs and implementation delivery is a key condition of an RBF program’s success and needs to be recognised as such in the outcomes contract. RBF programs also entail a transfer of risk since implementers or investors pre-finance at least a portion of the delivery costs whereas payments will only be disbursed by the outcome funders when results have been achieved. This risk transfer has implications on the obligations assumed by each party under the outcomes contract and also on the contract termination clauses. Contracting parties should also consider RBF programs as a new form of partnership which calls for a strong governance and processes allowing all parties to seek mutually agreeable solutions to unforeseen circumstances that may arise during the implementation period.

What are the challenges?

While many market participants and commentators believe that this is a great solution, RBF programs are still considered innovative and the amount of funding disbursed through this mechanism remains marginal when compared with overall public/donor spending. Lengthy design processes and high transaction costs are often listed as reasons for the reluctance of organisations to adopt this model.

Parts of the RBF process that are often overlooked are the procurement and legal challenges faced by commissioners when awarding outcomes contracts (or grants – outcomes contracts may be either). Technical teams too often neglect these considerations until the last minute, assuming that lawyers and procurement officials will be able to rely on existing processes and templates which may not be suitable for RBF programs, leading to long delays at the contract award and negotiation stage.

What is the solution?

Over the last few years we have seen the UK market standardise around a single outcomes contract template which has greatly improved the efficiency of execution. As this structure becomes more popular in other jurisdictions, particularly in the developing world, governments and donors looking to commission programs on this basis should consider the procurement process and ensure they have an appropriate contract in place early in the design phase to prevent delays later down the line. Commissioners expecting to fund programs on this basis regularly should consider developing a contract template to avoid ad hoc adaptation of contracts which can lead to sub-optimal results. Alternatively, commissioners should consider funding through an existing platform which has experience in this market and has existing templates and procurement procedures in place.

Daniella Jammes along with Milena Castellnou (Principal at the Education Outcomes Fund) and Hilary Sienrukos (Senior Director at the Millennium Challenge Corporation) have written a paper (Setting Up For Success: Best Practices for the Procurement and Contracting of Results-Based Financing Programs) which offers recommendations for practitioners engaging in RBF programs for the first time, emphasizing that it should be approached as a change management process. As teams gain experience with the mechanism and specific templates are created, there is no reason why selecting or contracting implementers for RBF programs should take longer than for any other contract or grant.

Road to COP27 - what does the future look like for sustainable finance?
Reena Parmar, Peter Allen, Duncan Kellaway