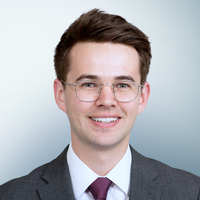 The Federal Court of Australia has refused to strike out a claim brought by Kathleen O’Donnell, a student and retail investor, against the Commonwealth of Australia for failing to disclose climate change risks in the published information about its exchange-traded Australian Government Bonds (Bonds).  While the Court did strike out parts of Ms O’Donnell’s case based on alleged fiduciary and statutory duties, it allowed the claim that the non-disclosure constituted misleading and deceptive conduct under the Australian Securities and Investments Commission Act 2001 (the ASIC Act) to proceed to trial.  This is the first case to consider the thorny issue of how governments should disclose climate risk in the context of sovereign bonds, and will be of wider interest to issuers and financial institutions grappling with the challenge of when and how to disclose climate risk as global markets transition towards a net zero economy.

Ms O’Donnell’s case against the Commonwealth of Australia

Ms O’Donnell brought her case against the Commonwealth of Australia, the Australian Treasury Secretary and the Australian Office of Financial Management (AOFM) in July 2020, shortly after she acquired some of the Bonds.  She alleged that the Commonwealth’s failure to disclose the risks of climate change in its published information about the Bonds to investors and potential investors (including in Information Statements, Term Sheets and Information Memorandums) constituted misleading and deceptive conduct in breach of the ASIC Act and a breach of its fiduciary duty of utmost candour and honesty to investors who acquire or intend to acquire the Bonds.  Ms O’Donnell also claimed that the non-disclosure constituted a breach on the part of the Treasury Secretary and the AOFM of duties in the Public Governance, Performance and Accountability Act 2013.

In particular, Ms O’Donnell claimed that the published information failed to disclose:

In terms of relief, Ms O’Donnell sought declarations that the Commonwealth, the Treasury Secretary and the AOFM had breached their respective obligations, and an injunction restraining the Commonwealth from promoting the Bonds until it complied with its obligations.

The basis for the Commonwealth’s strike out application

Murphy J acknowledged that the case required improvement “as the proceeding progresses”, but refused to strike out the claim for misleading and deceptive conduct under the ASIC Act.  He considered that although the material facts had been pleaded at a general level, the pleadings gave the Commonwealth fair notice of the case which would be made against it, particularly given that the basis of the claim for misleading or deceptive conduct was well-established legal principles, readily understandable, and unlikely to be factually complex.  It was relevant that this was not a case for insufficient disclosure of climate risks, but a case where the Commonwealth had said nothing about climate risk at all.  He also considered that the Commonwealth had exaggerated the specificity of what was required by Ms O’Donnell, and that there was a substantial asymmetry of information between the parties, which is relevant when it is the Commonwealth who has the responsibility to assess the risks of the Bonds and provide information about them (in the same way that a company does when issuing a financial product), and was best placed to assess the matters pleaded. Murphy J noted that the right place to assess the merits of a claim is in a full trial, absent a summary judgment application.

In addition, Murphy J allowed the claim for misleading and deceptive conduct to proceed as a representative action (i.e. a group action), which extended to others who held the Bonds at the relevant time.

However, importantly, Murphy J did strike out Ms O’Donnell’s claims that the Commonwealth had breached a fiduciary duty owed to her and that the Treasury Secretary and AOFM had breached a similar statutory duty, on the basis that she lacked standing to bring them.  Unlike the claim for misleading and deceptive conduct (which “any person” could bring under the ASIC Act), Murphy J concluded that for these two claims, Ms O’Donnell was required to demonstrate that she had the “real” and “special” interests necessary to obtain the declaratory relief sought.  In circumstances where she had not alleged that she was misled in the purchase of the Bonds, or that she would have acted differently if the disclosures had been made, or that she has suffered any financial loss because of the lack of disclosure, Murphy J was not persuaded that she had the requisite interest.

Many of the recent climate-related cases in a financial services context have been brought in the Australian courts by claimants seeking to change behaviour rather than obtain compensation for loss (see, for example our blog posts here and here on the Abrahams and McVeigh cases).  These cases underscore the importance that investors now place on the appropriate management and disclosure of climate change risks, and the increasing level of engagement and information that they expect to have about the topic.

If it proceeds all the way to trial, Ms O’Donnell’s case will be particularly interesting as it will consider for the first time how climate risk could and should be disclosed in circumstances where there are real difficulties around the quality and quantity of data available to anticipate its precise impacts.  Although these issues will be considered in the context of highly rated sovereign bonds where there is usually little risk disclosure anyway, issuers who are considering how to disclose climate risks in the current circumstances and financial institutions advising them will be interested in the parallels which can be drawn.  This is the type of issue which will become increasingly important over the next few years as global markets transition towards a net zero economy and the financial consequences of the transition become more apparent.

Ms O’Donnell’s case [...] will consider for the first time how climate risk could and should be disclosed in circumstances where there are real difficulties around the quality and quantity of data available to anticipate its precise impacts.