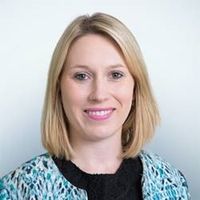 In this post, we examine the new Modern Slavery Bill announced in the 2022 Queen’s Speech, a recent report published by the UK Financial Reporting Council (FRC) on compliance with the existing requirements under the UK Modern Slavery Act 2015 (MSA) and the FRC’s suggestions for modern slavery reporting in annual reports.

As part of the Queen’s Speech on 10 May 2022 the government announced a new Modern Slavery Bill, expected to amend or replace the existing  MSA, with the purpose of “strengthening the protection and support for victims of human trafficking and modern slavery and to increase accountability of companies and other organisations to drive out modern slavery from their supply chains”.

The detailed contents of the proposed new Bill have not yet been published, but it appears it will introduce mandatory content requirements for modern slavery statements (the present section 54 of the MSA only includes a list of topics companies “may include” in their statements), and require publication on a government-run registry (which is already available, and many companies have published here, but is not yet mandatory).  It is also expected to strengthen the requirements on companies to publish modern slavery statements and increase the pressure on companies that do not take action. This will include financial civil penalties for non-compliance, but it remains to be seen what level of penalty may be imposed, for what forms of non-compliance, and how and by whom the new regime will be enforced.  The existing reporting obligations under the MSA apply to businesses with a turnover of £36 million or more, and we expect this threshold to remain.

FRC report: pockets of good disclosure on modern slavery, but room for improvement

The proposed Bill comes hot on the heels of the Financial Regulatory Council (FRC) publishing its Report: Modern Slavery Reporting Practices in the UK.  The report is based on research that was commissioned by the FRC, in collaboration with the UK Anti-Slavery Commissioner, and carried out by Lancaster University.

The report looks at how 100 companies listed on the London Stock Exchange’s Main Market (being the same set that the FRC examined in their 2021 Review of Corporate Governance Reporting) report on modern slavery, both in modern slavery statements mandated under section 54 of the MSA and in annual reports (focussing on the content of section 172 statements). Of course, these reporting obligations apply to a much wider group of companies, but the FRC’s sample focuses on some of the largest and most sophisticated multinationals listed in the UK.

In its report the FRC is encouraging companies to increase their level of reporting and disclosure on modern slavery (in places, beyond what is strictly required by law) and to align their reporting with what the FRC considers to be best practice.

The report concludes that “there are both pockets of good disclosure and areas for significant improvement when reporting on modern slavery…many companies are still providing limited and often superficial commentary on this key business risk…Fortunately, a large portion of the poor reporting practice observed…can be overcome by simple actions and should therefore be the first stop for companies seeking to improve their disclosures.”

The key findings and best practice recommendations from the report in relation to modern slavery statements include:

Although there is no legal requirement for companies to report on their approach to addressing modern slavery and human trafficking in their annual report, the FRC suggests that companies should be thinking about modern slavery as part of their responsibility to consider the interests of their stakeholders in their annual report (in particular in their ‘section 172 statement’).

A UK company which is required to publish a strategic report must make a ‘section 172 statement’ in that report, unless it qualifies as ‘medium-sized’ under the Companies Act 2006.  The statement must describe how the directors have had regard to the matters set out in s172(1)(a) to (f) of the Companies Act when performing their duty under section 172 to promote the success of the company for the benefit of its members.

The FRC recommends the following in terms of best practice reporting in annual reports:

The devil will be in the detail of the Modern Slavery Bill, and we await publication of a draft with interest.  Nonetheless, it is clear the UK Government is determined to increase compliance rates, and to push companies to be more transparent and to make more detailed disclosures on the steps they are taking to address the risk of modern slavery linked to their business and supply chains.

Mandatory reporting on whether particular steps have been taken will make it more difficult for companies simply to omit reporting on aspects of their modern slavery compliance which are not up to scratch, and will make it easier for civil society organisations to benchmark companies against one another.

And, of course, as reporting expands so does potential litigation risk, if (in certain circumstances) a company makes statements in its modern slavery statements or annual reports which it cannot live up to.

Against that background, the FRC’s intervention is timely, and is likely to further raise awareness of issues related to modern slavery with (in particular) proxy advisers and investor groups.  The authoritative nature of the report – drawing on the expertise of the UK Anti-Slavery Commissioner – means its recommendations will carry significant weight amongst key commentators on modern slavery compliance, and companies caught by the MSA (whether UK-listed or otherwise) would be well-advised to take heed of its suggestions.